Today I’ll bring some attention to Grand Romantic Gestures and explain why you should avoid using them at all costs when first meeting and dating a woman.

Like anything, there’s a time and a place for such grandiose displays of affection. And that time is definitely NOT when you’re trying to pick up women initially.

Only use Grand Romantic Gestures if you’re married, about to get married or have been together for many long years. 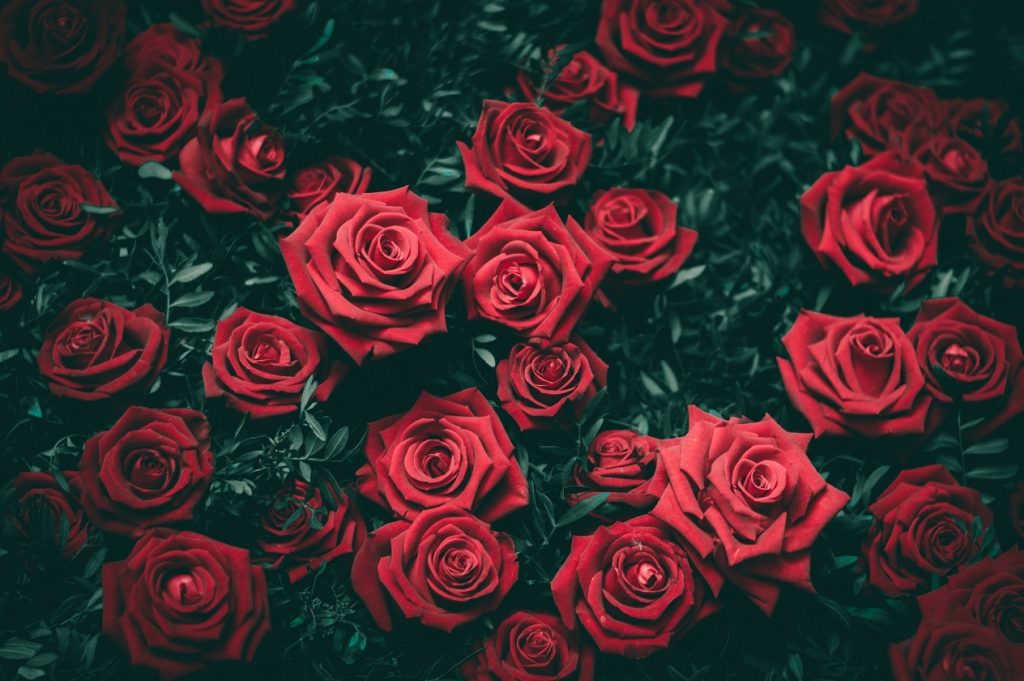 Grandiose displays of affection will scare her off

You’ve probably seen some of these displays in movies, read about them in books or heard of them in a song. That’s why you might think it would be a great idea to woo a girl you’ve just met if you send 1000 huge roses to her home. Or serenade her. Or even buy plane tickets to some tropical island and surprise her with them.

Apart from it just being so damn creepy and stalkerish to find out where she lives and then send so many flowers to a girl you barely know. It also shows that you’re putting her on a pedestal without even taking the necessary time to get to know who she is as a person.

In fact, that’s the whole crux of the issue — doing this without being involved first and without getting to know her fully.

Basically, you’re spending an insane amount of time and effort on someone who you barely know. Why would you even do that? Don’t you have better things to do with your time and money? Or are you that desperate to stand show just about any girl that you’d do absolutely anything for them just to impress them and “win their love” that you’ve lost all sense of self-respect?

Only desperate, needy, naive and clueless guys think that something like this would work well on a girl they just started dating.

I’m not talking specifically about you, by the way. But about all the idiots who do this and then cry when the girl suddenly ghosts and blocks them and promptly ignores any further contact. Then these guys will say that they were just being nice guys and next complain that women only go for assholes. Well, here’s a newsflash: A grand romantic gesture is anything but nice — it’s fucking creepy and reeks of insecurity if you do it when you’ve just started dating.

Here’s how grand romantic gestures look from a girls perspective

Imagine if you’re a girl and you just met a guy. You had a pleasant conversation, maybe a few laughs here and there and you thought he’s a solid dude. Then you’ve exchanged numbers and planned on meeting up later. Or, you may have even been on a few dates with him already and he’s shown he’s a pretty great guy.

But then, suddenly and completely out of the blue, he does something incredibly grandiose to show his “love and affection for you.” Putting his heart on his sleeve, so to speak. Maybe he sends you a truckload of flowers, serenades you professing his undying love, tells you he loves you more than life itself and gives you a huge piece of jewelry or writes your name plus his in ten-foot-high burning letters on the side of a high-rise building. Or something stupid to that effect.

What would your first thoughts be? That’s right — that he’s completely bonkers and lost his mind!

Why would anyone do such a thing for someone who they barely know?

Remember this forever: Women are people and not objects.

The absolute vast majority of women don’t like to be put on a pedestal and worshipped like a goddess. And believe you me, putting women on pedestals for their beauty while completely disregarding everything else about them like their personality is called objectifying women. If you put women on a pedestal, you show them that you think you’re some kind of peasant unworthy of their time. What self-respecting, mature and secure woman would want to have a relationship with such a guy? NONE!

Grand romantic gestures only work in movies, books, music, poems and similar stuff like that. In other words, in works of FICTION.

This bullshit is perpetuated in mainstream media and it’s ruining men’s perception of how they should be with women. As a result, you get droves of little boys who are clueless around women. Who think that they have to be needy, supplicative and try to impress women all the time for women to like them.

Well, it’s great for me because I get lots of clients from guys like that who are completely clueless with women. But to be honest, it breaks my heart. Because more and more men are becoming pussies and are losing their masculinity. 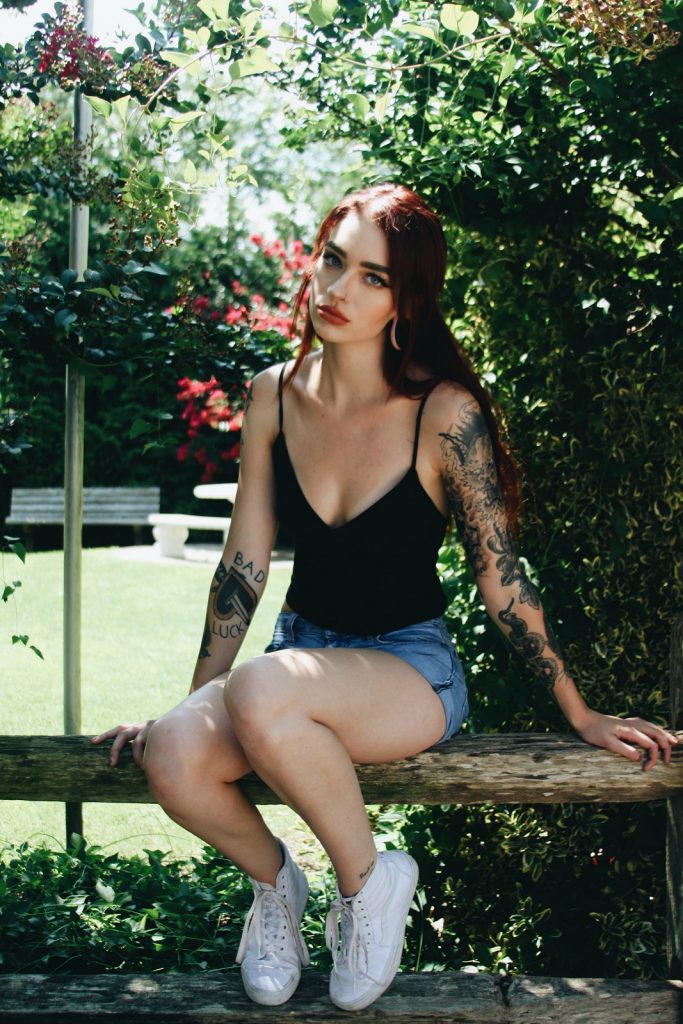 Ok, so I’ve slept with hundreds of women. Let me tell you something about how my dates go:

I’ve never done a single grandiose romantic gesture in my life. I’ve never tried to do anything to impress a woman on a date. In fact, I’ve never paid more than like $10 for a single date because I never had much money. It’s only a couple of coffees with some ice-cream at best. I don’t dress to impress women either and usually just come in jeans and a random t-shirt that I like, wearing worn comfy shoes that haven’t seen any polish or cleaning in years. I don’t even offer to give women a ride home after the date if it would inconvenience me. And guess what? Women still enjoy my company, sleep with me and then want to meet with me again and again.

Why? I haven’t done anything to impress them at all. I’m just being me; completely chill, relaxed and unfiltered. I simply rely on my personality, charm, wit, sense of humor and similar things to have a great time with women. And then I escalate, mercilessly and unapologetically. Both physically and verbally. I don’t hide my sexual intent and don’t hide my sexuality at all.

I show women a good time not because I want to impress them but because I LIKE having a good time on a date with women. Naturally, without any needy, supplicative, desperate or wussy behavior. Zero fucks given about trying to impress someone.

Because I’m not that impressive as a person, to be honest. I’m completely and painfully average. I’m not handsome, don’t have a lot of cash and am not that courageous or manly. But what I am is completely genuine and authentic with women and entirely non-judgmental. I don’t filter myself and say the things that are on my mind. That goes a long fucking way because women trust me, are free to relax and have fun with me and see that I’m someone who isn’t easily affected by any of their bullshit.

Pretty counter-intuitive, right? But damn, it’s effective as fuck because I get to fuck a lot of women. Women find you attractive because of WHO you are and not WHAT you do. That’s why trying to impress is completely and utterly counterproductive. Unless they’re shallow gold-diggers. A dish boy at a restaurant can get laid significantly more than a millionaire Wall Street exec. Easily. If he has his shit together. And by that, I mean Inner Game.

My singular goal on any date is to GO AND HAVE FUN. Absolutely nothing else. If I have an awesome evening with a funny, interesting, witty, intelligent and sexy woman and I’m genuinely enjoying it but I don’t get to sleep with her — GUESS WHAT? — I still consider it a successful evening BECAUSE I HAD FUN. Shocker, I know!

Yet most guys consider any evening or date where they don’t get to have sex with some girl a complete failure. Their only criteria for success is sex and nothing else, especially when they’re out in clubs and bars. How fucking sad is that? Running around like thirsty animals desperate to put their dick inside anything that’ll let them. It’s not a very healthy way to lead your life if you’re so obsessed with sex so much.

Paradoxically, if you completely don’t care about getting laid, you’ll get laid a lot.

Having no ulterior motives when it comes to women is completely and utterly liberating. Go in there to FIND OUT WHO SHE IS, with the mindset of “Fuck it, whatever happens, happens.” and for fuck’s sake – HAVE SOME FUN FOR YOUR OWN SAKE. Not for anyone else’s!

Fuck it, rant over.